EarMen Angel is Portable Fully Balanced Hi-Res DAC/ Headphone Amplifier with the Pre Out option. It is a very powerful audio device with which you will be able to listen to Hi-Res music on to go. You will be able to enjoy a plenty of power without worrying about consumption, since it is equipped with 2-cell battery. EarMen Angel will provide outstanding performance and we are sure you will enjoy it. Fly music with EarMen Angel! 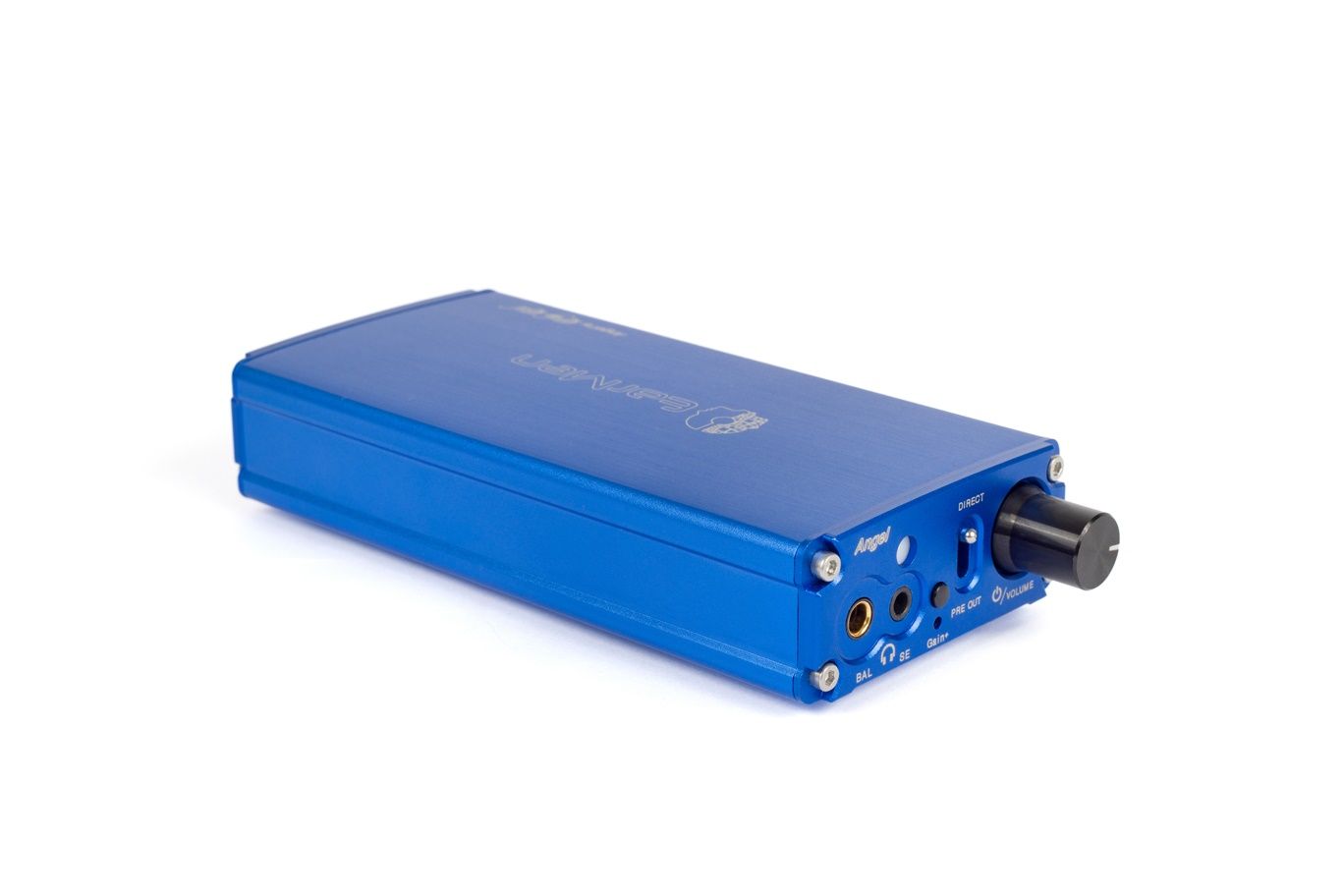 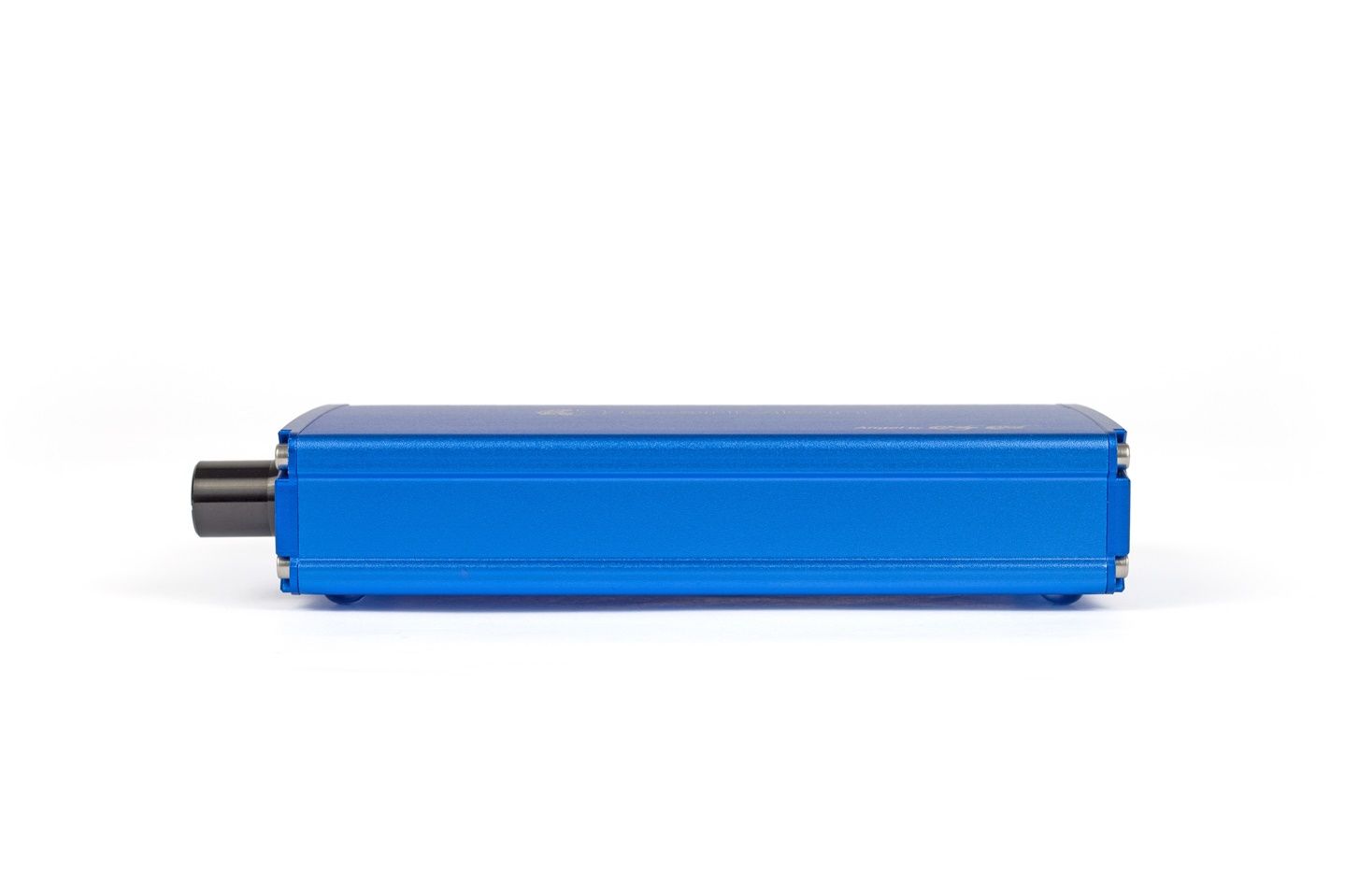 EarMen Angel uses ESS DAC ES9038Q2M which has great SNR and THD + N characteristics compared to its competitors, along with the newest XMOS USB receiver which is capable of decoding up to 768kHz/32 bit PCM, DSD256 via DoP and MQA Studio.Everything you ever need!

EarMen Angle is a fully balanced device whose balanced signal goes intact from the DAC all the way to the headphone output. There are no changes in the audio signal itself except for amplification, so the sound from the DAC is original.

The device is designed so that in the path of audio signal sound, there are no additional capacitors and other components that would introduce distortion, so the sound itself is fascinating.

The dynamic range of 120dB is amazing, so the music you listen to becomes realistic, as if you are listening live. The device has a linear power supply with ultra low noise which helps to deliver even clearer sound. Once you hear the sound, you will desire nothing but this device.

MQA (Master Quality Authenticated) is an award-winning British technology that delivers the sound of the original master recording. The master MQA file is fully authenticated and is small enough to stream or download. Visit mqa.co.uk for more information. 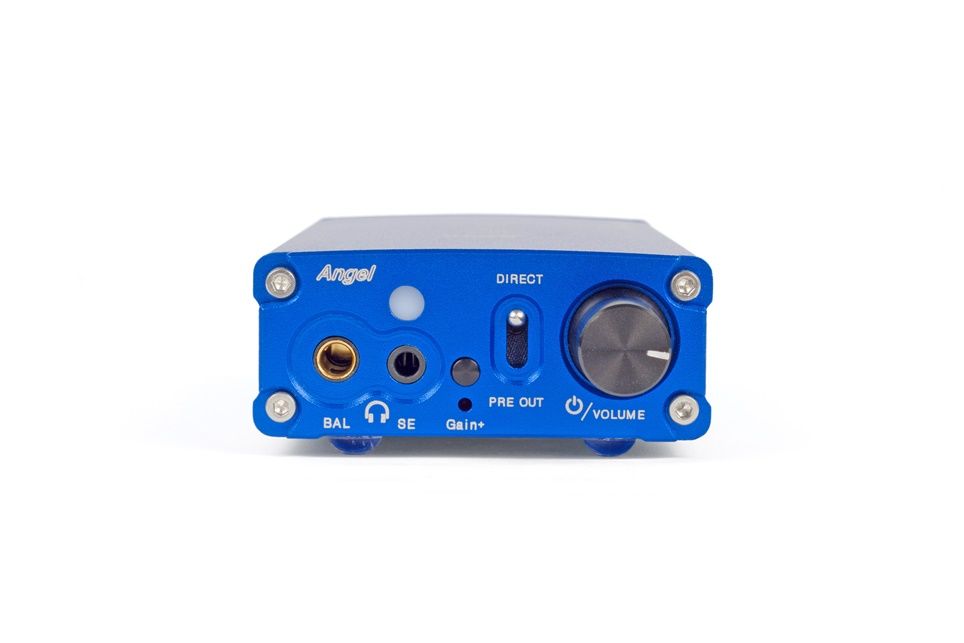 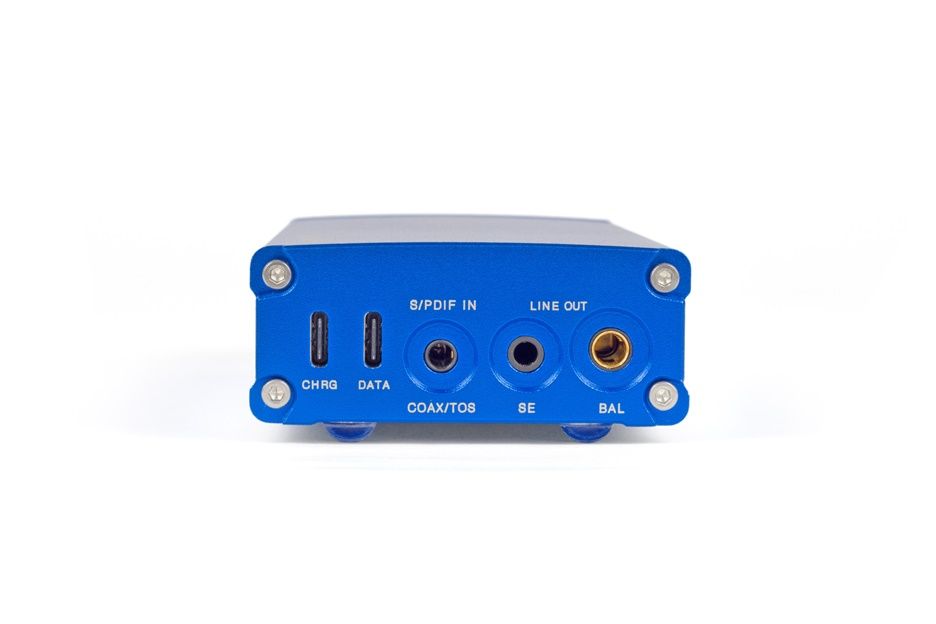 EarMen Angel has a two-cell battery 2x3000mAh which will give you the opportunity for many hours of listening to music. You do not have to worry about battery consumption, as the charging time is less than 3 hours. Separate DATA and USB charging ports allow the device to run continuously if it is on the charger, and so you can use it all day in your system.

By switching to Gain + mode, you will get more power, volume and dynamics of sound. This option gives you the ability to adjust the volume to a more precise level, allowing Angel to be used with all types of sensitive and insensitive headphones.

Angel gives you a choice of headphone outputs to use the ones you love the most. You have the option of a 3.5mm single end output as well as a balanced 4.4m output. Whatever you choose, Angel will automatically recognize your selected output.

The line out option with outstanding features gives you the ability to use Angel as a Pre Amp for your home system. You can also choose whether to use Single End or Fully Balanced output. The choice is yours. 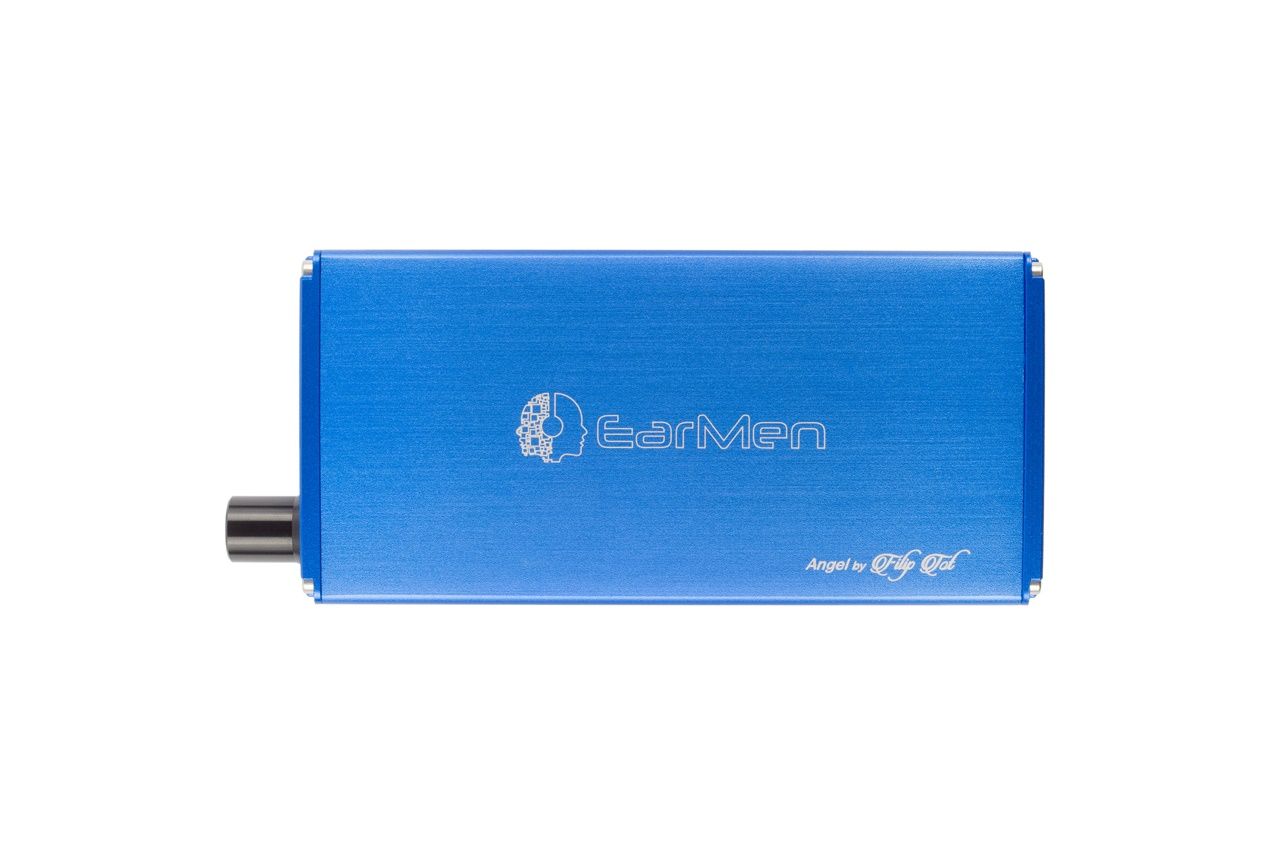 Behind the Angel stands our engineer Filip Tot, which is the main culprit for the creation of this device. Read his words below:

"I have been with Auris for more than 4 years. The arrival itself is a story unto itself. I had very little experience as a young engineer when I applied to the company HCP, which deals with the development and production of cash registers. During the conversation, I met my current colleagues as well as Milomir Trosic who presented some of his views on the company in the future and me as a worker in it. I liked the enthusiasm because I am a great optimist, so I accepted the job and within 4 days moved 350km away to the town of Krusevac, about which I knew almost nothing, and now I live in it and started a family. Miki very quickly recognized some of my qualities that I probably hadn't seen myself, so he transferred me to the audio sector, which I knew very little about, I didn't even understand the people who buy such expensive devices and I admired them. I got a lot of support and patience, and I returned it with tireless work because I recognized the potential of the company and what it needs. During these years I worked on many amplifiers together with Miki and other colleagues, such as Headonia, Nirvana, Euterpe, Legato, Ha2-SF ... Somewhere my contribution was bigger, somewhere smaller, but it was not so important as long as we went the right way.

Earmen's birth came like lightning after radiation, it was so natural. We wanted to reach more people because we had a lot of good to offer. We improved our knowledge of designing lamp amplifiers, so we got the first devices, such as Trump, Sparrow, Eagle ...

From the very beginning, we set out with all our might in search of the perfect sound, like a gold rush. That’s why we pay a lot of attention to subjective feeling, not just measurements. Whenever I work on something I always stick to our motto: Sound above all.

The path that Auris has traversed since its founding, and now Earmen as well, is special because we started many things from scratch, and our goal is to reach the top. We work tirelessly on new devices to try to share the happiness and excitement we feel when we first listen to them.

One of those devices is Blue Angel, which I worked on for more than a year, looking for the perfect combination of components and a result that would not leave anyone indifferent. I wanted it to be perfect: multifunctional, with a lot of power, a big battery and beautiful sound. From the beginning, the solution seemed to be at my fingertips, but even when everything worked perfectly, the sound was not what I was looking for. I didn't sleep, I read until late at night, sometimes I was shocked but my colleagues supported me, so I continued that battle even when we all thought that there were no solutions to some things and that they had to be like that. It was only when I put it aside and relaxed that the idea for a completely different concept was born that brought us a handful of dynamics, very little sums and distortions. The sound was absolutely beautiful. There were a lot of amps in the company and we knew it was great when the horror went through my body while listening, which is exactly what happened with Blue Angel.

I used to think that many things are an illusion and an exaggeration, but now I know that creating such devices is sometimes as much an art as the songs that are played on it. I am happy that I came to this city and this company by some strange game of fate, because I am convinced that we will write history together."

Subscribe to get special offers, free giveaways, and once-in-a-lifetime deals.